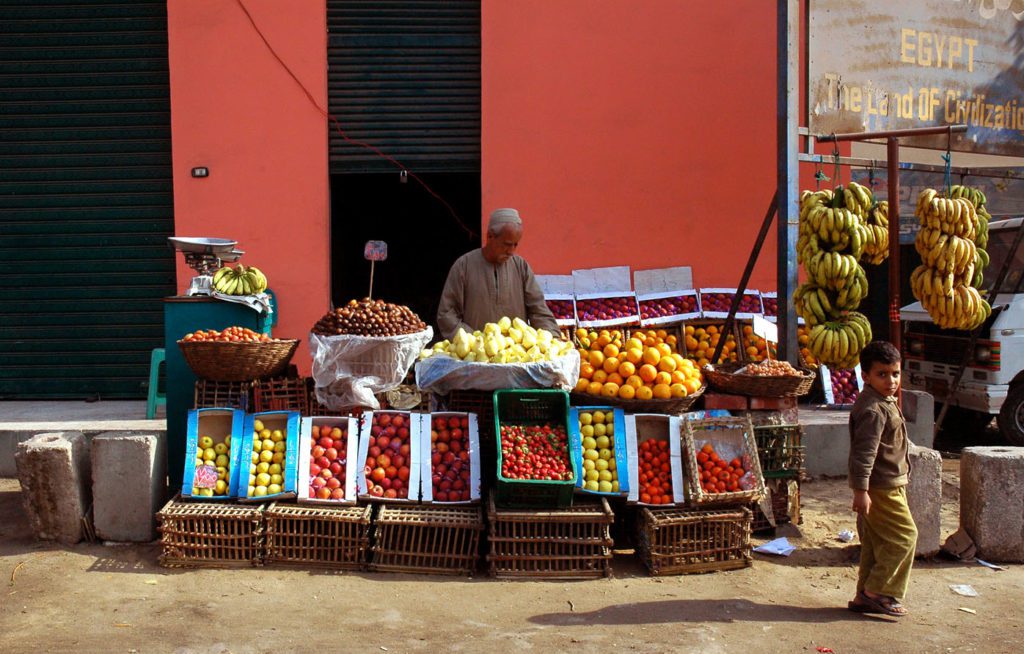 I took this photo during a trip to Egypt, I was captured by the look of the small child and the colours of the fruit from this vendor were so intense they totally captured my eyes. Eyes can tell a story without saying anything. Featured in my exhibition “Attimi Di Vita”.

The mastaba of Mereruka is the largest and most elaborate of all the non-royal tombs in Saqqara with 33 rooms or chambers in total. Mereruka was the vizier to king Teti, who was the first pharaoh of the 6th dynasty Old Kingdom period of Egypt. Mereruka was married to Teti’s daughter, princess Seshseshet Waatetkhethor. He was, therefore, the king’s son-in-law. Princess Seshseshet Waatetkhethor is buried in Mereruka’s mastaba tomb along with their son, Meriteti.

Mereruka served during the sixth dynasty of Egypt as one of Egypt’s most powerful officials at a time when the influence of local state noblemen was increasing in wealth and power. Read further from Wikipedia.